oktober 25, 2016
I think I have never talked so much about God as in the past 2 weeks. I knew that South Africa is a religious country. I used to go to a church in Kayamandi, I prayed every morning when I worked at Prochorus. And my two best friends are Christians. My friends sometimes quote the bible in messages and I could really see the value of it. I realized that the bible is quiet cool, as long as you use it as a guidance, as a tool for reflection. Because It can be a beautiful tool for dealing for the lessons of life.
But I don’t believe in God. And I don’t believe in church’ ‘rules’ or in sins. I like Jesus. Although I realize now that I know so little about this man. And what do I believe? Do I believe that he existed? Or that he is God as the Christians believe? Or is he a messiah, like the Jews believe? 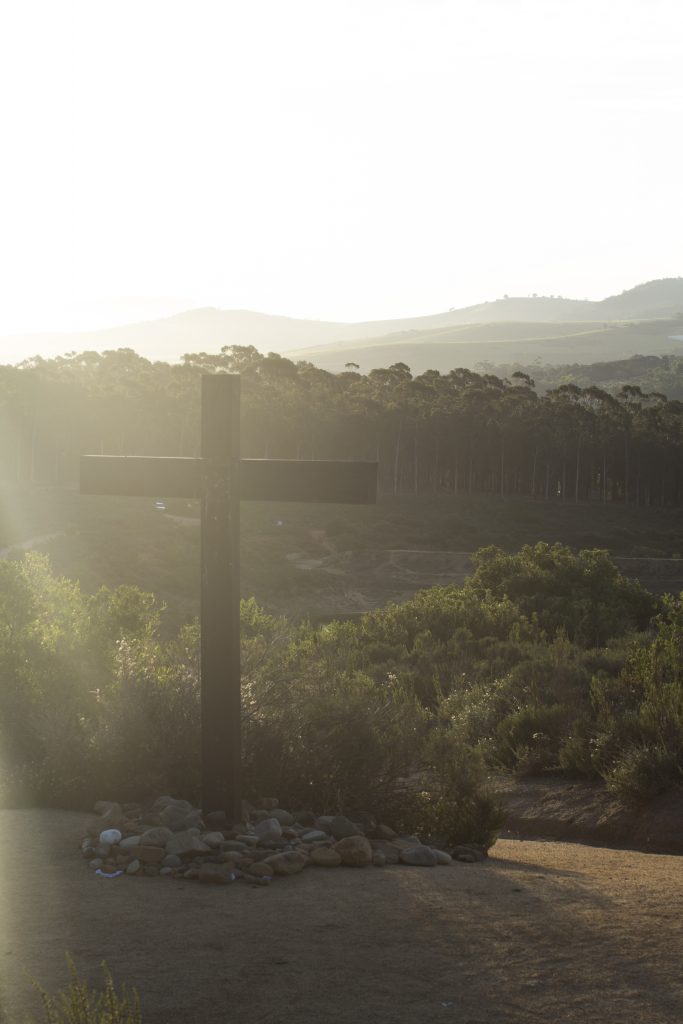 I guess why I find it so interesting and why I also like South Africa so much is because of the spirituality it contains. I can speak about spirit in this country without people raising eyebrows. Now I understand that it might have religious roots, if I can say it like that. The biggest difficulty for me are both the words God and spirituality. The sociologist Bourdieu started to come up with new words, since he found out that it is so difficult to communicate or talk with certain words because of the diverse connotation. More and more I start to understand Bourdieu. Because I don’t believe in ‘God’, and I also don’t believe in ‘spirituality’, but I do believe.  But in what? In nature? In the Universe? In that what I can not see but sometimes feel?
The topic of the sessions I run this week is sharing. And next to God I shared a lot about sexuality and menstruation. I heard different views, various stories, lots of myths and I also heard that Christianity here still believe in no sex before marriage. This is interesting for me a Dutch lady. I find it naïve in a sense. Not that I am against abstinence. If you choose to keep your virginity for the man you are going to marry, I do understand. I really do. Because it has advantages. But I also know that in reality the percentage of people that really commit to this is low (and that the percentage of HIV and teen pregnancies is high).

So why can’t we learn youngsters that if you want to have sex before marriage, please be safe. Use a condom. So maybe I should write a letter to the pope. First to thank him for allowing condom use in marriage (this is fairly new namely) and secondly to beg him to also allow it for people outside of marriage. Because I also learn this week that God is all about choice. Shouldn’t we educate human beings that they have a choice. Shouldn’t we learn them to reflect? And to be true to what they feel and think (heart & head) and make a decision from this point of view?

In the meanwhile, I will be challenged and challenged to keep my mind as open as possible to not exclude anyone. Cause we all have the right to believe what we want and wish to believe. Namasté (which can be translated as ‘the God within me greets the God within you’ ;)!